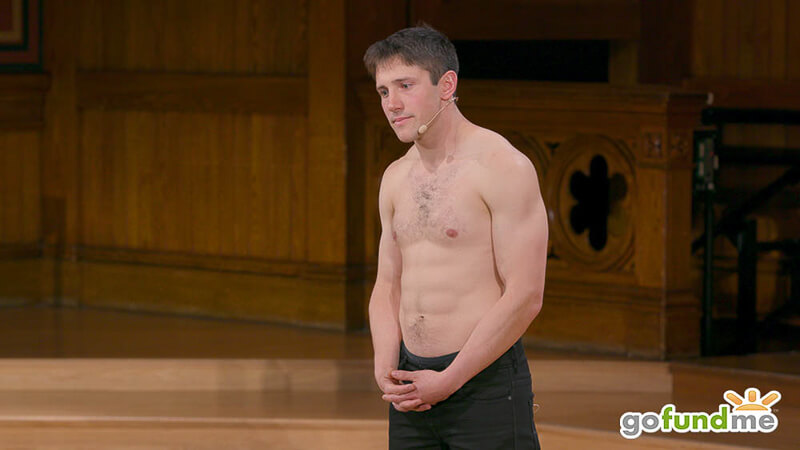 To Contribute to Clopper's GoFundMe, please go to https://www.gofundme.com/eric-cloppers-defense-fund

My name is Eric Clopper. What has captured my attention over the last five years is circumcision.

I know most people find it strange; I often do too. But, when I was in college, I saw my first uncircumcised penis. I had never seen a foreskin before, so I did my research, and what I discovered jarred me. Circumcision is not only unnecessary but actually quite damaging. But how could this have happened to over 100 million of my fellow Americans? So, I spent the next 5 years researching the topic.

On May 1, 2018, I put everything on the line. I wrote, designed, and directed a one-man show at Harvard University titled, “Sex & Circumcision: An American Love Story.”

Link to my show:  https://www.youtube.com/watch?v=FCuy163srRc

The people who attended my play received it well. They laughed, clapped, and some even cried. I was very pleased with it.

I also happened to be an employee at Harvard University.

Immediately following the show, Harvard’s student newspaper, The Crimson ,  published a series of libelous articles against me: 1, 2, 3  4, 5, while refusing to publish my letter to the editor.

Harvard University then suspended my employment for over two months for an “investigation” (or more appropriately called an inquisition). During this “investigation” Harvard solicited complaints against me, operated behind the scenes to eliminate my position so I would not have a job to return to, and… worst of all, Harvard colluded with Baystate Sound   (the company that managed the sound for my event on Harvard's recommendation) to steal intimate footage of of mine. Harvard then proceeded to share my sensitive and illegally-obtained sensitive footage with senior administrators, my boss, and other friends and colleagues under the guise of this vague “investigation” to try and shame and fire me.

Harvard’s behavior is not only grossly unethical (and hypocritical – so much for being a bastion of free speech and education), but also illegal. How is the behavior of Harvard’s most senior officials not different from revenge-porn shaming me? (hint: it is not.)

(All of the above is irrefutably true. I have overwhelming hard evidence and countless witnesses to testify in court, but court is the only place to get justice.)

Managing Harvard’s Language Center was a dream job for me. Now, after expressing my genuinely held beliefs, which I have every right to do, I find myself unemployed as my credit cards are maxing out and my legal bills are growing.

I don’t regret giving my performance. It was the right thing to do. Circumcision is barbaric.

I am not cut out for begging, but I could really use your help to get through these fights with The Crimson, Baystate, and Harvard. Harvard has $38 billion in its endowment. I spent all my savings on this show and have $20,000 in student loan debt. But, the principle of basic human rights for all is worth fighting for. If you agree, I would deeply appreciate any support you can offer, however small. Together, we are powerful.

I realize $100,000 is a lot, but I can't pursue three lawsuits, one of which is against a $38B entity, without a significant amount of money.

Let’s show the world that we are unwilling to trade off our integrity for a few donor dollars; I wish Harvard could say the same.

Thank you for your consideration.

The archer is the true weapon;
the bow is just a long piece of wood.